Get me outta here!

The Sleeping Beauty, Briar-Rose, has been asleep in the comforts of her thorns- and spikes-ridden castle, downed by that one spindle once again, for a hundred years now. Snow White has been encased in her glass casket, this time poisoned by Sakura leaves that she insisted on eating while visiting Japan, for a century now. Hansel and Gretel have been stuck in the forest since 1912, surviving on the ever-replenishing Chocolate House(joined later on by Willy Wonka but that’s another story). 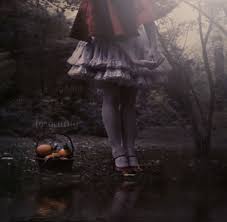 Little Red Riding Hood’s grandmother has been inside the stomach of the Big Bad Wolf, trying to claw her way out with her sharp but fragile nails. Alas, they keep on shattering; so there’s also a PILE of wrecked evolved claws. The Frog Prince has been stuck for decades retrieving golden balls of a long line spoiled princesses, which they insist on throwing only in the pond and then bawling till his ear drums start banging their own rhythm,  so he has to save them balls(heh heh) to preserve his sanity. But never, NEVER do they show their appreciation by throwing him against a wall, or befriending him, or kissing him. Thankless bitches! ‘Cause if they did, then who would rescue their precious playthings- which they shouldn’t have been playing with in the first place as it was a family heirloom. The little children of Hamelin have been stuck in a simply horrendous cave with the Pied Piper, who just  insists on telling them gruesome stories about the rats and worms and all kinds of pests he’s exterminated and has his “wicked way” with them as such. And little, lame John has been  trying to force that cave open for as much time as well, to no avail. However, he took his first ever break recently and received complementary prosthetic limbs as a social service from PETA(they thought he was an animal as they couldn’t seem beneath all those layers of filth and grime). 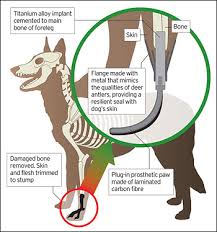 Evolution rejected him! And then wrecked him! She a total bitch!

But now, today, on the 200th anniversary of Grimm’s Fairy Tales, they arise and break free.

They soar with the winds and swim with the currents and dance among the stars. They visit our dreams and battle our nightmares. Or inflame them, you can never know with these creatures. The Musicians pay one last disrespect to the townees of  Bremen who ridiculed them by organizing a concert. The Little Mermaid wails to be heard by her father, fathoms beneath the oceans and far across the seas. Instead, her cries are perceived by little girls winding sea weed through their hair. Rumpelstiltskin returns to offer damning deals to other gullible fools. The two flower women finally shift back into humans for one day,without the hassle of any riddles. And do you know what they do? They shake off the dew, obviously!

The Raven Girl who was bewitched by her husband back into a Raven on her request(she missed flying), returns to deliver flowers and fruits of stars to her believers. The Elves come back to deliver the best Prada shoes to the budding fashionistas around the world. Joringle realizes his mistake and runs away to beg the old witch to turn Jorinde back into a bird(she became so clingy). Mr Fox delivers the unhappy spouses across the continents from their unsatisfactory partners.   The Carnation Queen, who turned into an angel after dying and is one of the few fairy tale creatures who actually die, fulfills the wombs of all the bereft women. And well, it goes on and on…

At last, before returning to their eternities, the Fairy Tales pay one last visit to their not-makers, the Grimm Brothers, who rise to pay their respects to all the new fairy tales our world has spawned since their time. And add a little touch of magic in the minds of children and adults alike that will persevere on for the next 100 years, when they arise again. So pick up those old, battered copies of your favorite tales, or create new ones from the stories you know, or spread them. Just do something to preserve this one enchanting day that is probably the first and last one most of us will encounter in our lifetimes, in our personal, precious universes. And play with glitter!

They are the little stories that gave us nightmares and daydreams, that fill our lives with sparkle and our childhood with convoluted imagination. They gave us something to dream of, something to aspire to(who doesn’t want to have a chocolate house), and something to shield us from the harsh realities if the world. Though, they themselves, had obscure brutalities. These stories will brighten your day or darken it but they will never ever disappoint you. They will show you the highest reaches of heavens; they will show the innermost circles of hell. They will be your saviors and they will be your temptress. And we’ll follow them anywhere, anyhow, anytime. With not a whit of regret.

One thought on “the Fairy Tales arise…”