Get me outta here!

You ever get that feeling when you’ve stayed awake all night and read books or spent the time stuffing yourself with really-weird-and-yuck-food-mix that you’ll be ashamed to eat in the light of day for fear that it’ll shun you; the sinking feeling in you gut ’cause you’ve just wasted an entire night, these seven or so extra hours you get when the most of the world(well, on your side) basically doesn’t exist and you’re all alone; time you could have spent prowling the streets for wayward faeries or skimming the rooftops like friggin’ Batman or even creating weird scribbles on the innocent sleepers of your world? Just doing something, anything that you could never do in the morning. Just staying up because the world is sleeping is a fine goal if you’re a bat or an owl, is what I think. But I digress. So you stay up, doing nothing and then you see those first rays of light breaking through the clouds like their personal, extremely comfy blankets that they were cocooned in during the night hours, and you realize what an utter waste you’ve made of those precious hours when time the world stilled for you only. Yeah , well, that’s the sensation I’m getting and not-getting alternately today.  I think about all that I’ve accomplished this year and I feel like a witch flying on her broom among the clouds where no one can see me but only my silhouette, giving the world another urban legend to spread around. Then I think of how my achievements seem in comparison of the world and I feel my witch-self hitting an airplane flying  from Kuala Lumpur to Prague, and watching with a growing trepidation as I fall down my own pseudo-chimney, not quite like Santa, and end up in my own bed, realizing that I just spent the whole night whiling and dreaming away in my own bed, with nothing to  discern my individual personage from all the other snores, for am I not the same as them even if I was awake as I didn’t accomplish anything, same as them? Hell, at least they got to buzz away the exhaustion and fatigue of the previous day. Then, I tell myself,”Baby steps, you fool. Baby steps ” And while I am not an urban-legend, at least I get to fly in the insidious and pervasive sky, with the stars and the moon hindering my way till I fight them out of the welkin.

And before I wing out of the wild blue yonder, I have the pleasure of seeing the world as it begins. I have the chance to witness the initiation of lives of the people who constitute this sphere of happening and happened and will-happen. So, in effect, observing the daily, silent Big Bang that everyone participates in but never really realize or feel it.

Of course, this was all metaphorical and I don’t have a flying broom(oh, how I wish I did!). But this is one year passed and most of us have survived the APOCALYPSE! With many losses, loss of life, loss of great ideas for books as they seep into the wrong pens and quills, loss of childhood and innocence, loss of freedom and loss of ice-cream(it fell on the stairs!), and last but not the least, the loss of Amy Pond and Rory Williams forever. But it wasn’t all bad- there was my birth day and umm… there was this- uh-no–oh-noononono.. Can’t think of anything else. Ah yes! I launched this blog and the other one At the End of the Story . And the Summer Olympics in London, the first Egyptian president was elected- another victory for democracy. Austrian Felix Baumgartner became the first skydiver to go faster than the speed of sound(I swear these aussies have got it all!) and the chickens finally got not what they deserved, but a step in the same direction- ban on battery cages. And I became a high schooler!

2012- it was a year with its highlights and down-lows.  We flew high among the stars before falling-hard– to the ground. 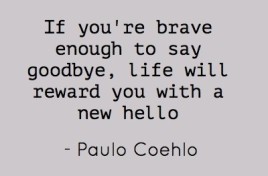 I wish I didn’t have to but we all gotta let go of the past. Let go twenty-twelve, which is, apparently, the most anticipated year of all of history. So pull out the confetti(I know you hide it under your bed) and join in the song-

The ship of past has long passed us by.

Scream to the skies and say goodbye;

Let yourself wander while you search for the way.

Look to the future for the cards yet to play,

And dream of the plans unborn, coming down the pike.